Posted on October 4, 2021 by Carlee Spritzer

Deb attended as a State Director for the Park County Association of REALTORS® and serves on the Risk Management Committee. The committee discussed hot topics and best practices for the most common agent questions and/or errors on forms that could potentially lead to legal action.

Brian attended as a State Director for the Gallatin Association of REALTORS® and serves on the MAR Communications Committee. The past year the committee has started creating a new MAR website, set up a member text feature, and set up an annual grant for associations in Montana for ad campaigns.

A few highlights during the three-day event included; announcements from the 2022 National Association of REALTORS® (NAR) President, Leslie Rounda-Smith, about NAR’s helpful consumer involvement over the past years and all the advantageous tech REALTORS® have at their fingertips. Dale Anderson of Front Line Training gave a presentation regarding REALTOR® safety in the face of violent encounters. An Awards Gala took place Thursday evening where MAR officer election results were presented as well as the installation of the 2022 officers. 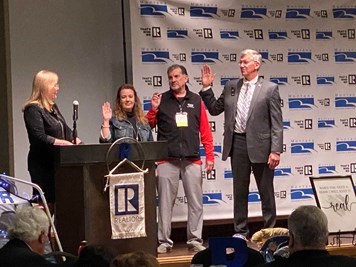 A special guest from the national committee for the USS Montana, A Virginia Class nuclear-powered fast attack submarine, talked about its legacy, capabilities, and its special naming of halls and other areas after Montana rivers and towns. A special thank you was said for the sailors who will be serving on the submarine who hail from Montana. The Bell is made from Montana gold and silver along with gold and silver submariner’s insignia. The USS Montana is to be commissioned in May of 2022 in New Port, VA.

The convention held an Issues Mobilization Fund (IMF) Fundraiser featuring entertainment from Curt Olds and Gerald Steichen. Curt grew up in Butte and recently completed a world tour with Phantom of the Opera. He is currently working on a project called “Montana Musicals” to bring Broadway to Montana. 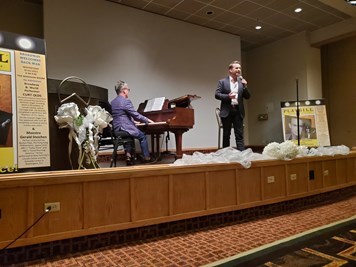 The next meeting will be the MAR Winter Business Meetings in Helena.

All property data and market statistics are pulled from Big Sky Country MLS.